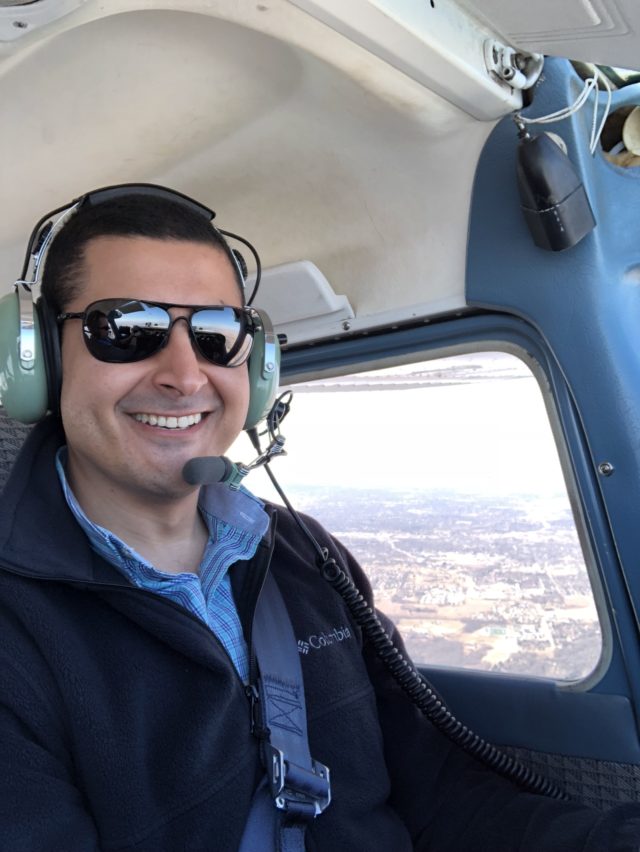 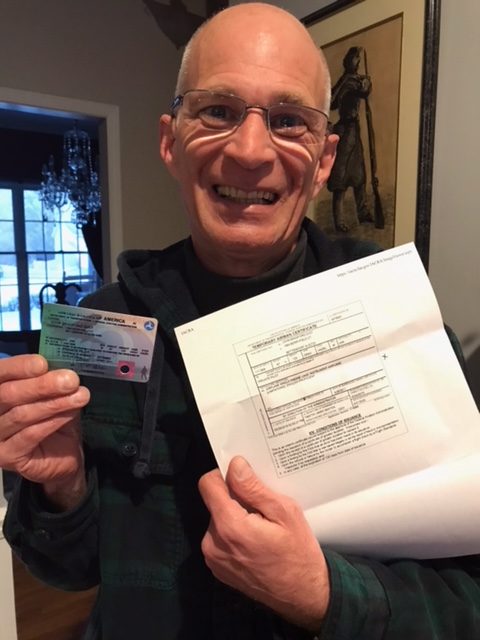 Joe Aziz joined the club in February.  He is being instructed by Chip Knuckey.  Joe recently finished his residency at the University of Iowa and has moved to the Quad Cities to start practicing medicine.  His interest in flying is for recreational purposes.  Knowing that residencies are very demanding of one’s time, Joe should enjoy having the time to pursue the fun of learning to fly now that his life has a little slower pace to it.

Joe found the Quad City Area Flying Eagles on the website maintained by the club.  When he was searching for a place to learn to fly, one of his criteria was to find a club that was friendly in character.  Since he has flattered us by choosing our club to best fit that criteria, let us not disappoint him and extend to him a welcoming greeting when you run into him at the tee’s.

Brad Zust recently became an instrument rated pilot.  He was under the instruction of Diane Carbiener and did his check ride with Tim Newton in Waterloo, IA on March 29.

Brad had to buck the odds to get his IFR.  On test day he left Moline for Waterloo with low ceiling and visibility.  He started with 3000 ft of ceiling, but as he progressed West the ceiling lowered on him.  He contacted Flight Services to see if they could find him away out of the low ceiling.  They directed him 12 miles North where the ceiling disappeared, but turbulence and 38 knots winds were now the challenge.  Once he got himself settled on his new route to Waterloo, he noticed his attitude indicator was showing about a 3 degree bank to the left when his wings were level.  His next thought was how in the world am I going to be able to take my flight exam with a defective attitude indicator.  After some worry and thought, he decided the only thing to do was to remember to compensate the 3 degrees when he was being tested under the hood.  Well, as fortune would have it, the attitude indicator at some point on his way to Waterloo started working correctly again and continued to work through out his exam.

However, he was not done with the attitude indicator.  On his return trip home, it started showing bank error again, but it was not the concern to him that it had been when it was cutting up while going for his test.  When he got home, he reported the problem to Jim and found out that a bearing in the gimbals was going bad.

With the challenges that Brad dealt with in doing his flight exam, you can understand why he looks pleased and proud of his new rating.  Congratulations to him.

The club wide annual meeting is this Saturday.  If you should not be attending and haven’t already sent in your proxy, please send one so the club will be sure to have a quorum for voting on matters that are considered at the meeting.  Ron Anderson sent you an e-mail on March 26 requesting a proxy.  For your convenience, the link is provided below.